On The Road Again!

Every ensemble spends a great deal of time together.  Imagination Theater is no exception.  This past week our nomadic cast of actors and facilitators traveled to New York City, Pittsburgh, Roanoke, Cleveland, Cedar Rapids, Pella, Buffalo, and several stops in between!

Heavy touring can either make or break an ensemble.  I'm happy to say that future shows will benefit from this busy week of travel.  By week's end, we were celebrating dozens of successful performances and hours of priceless bonding experiences.  Killing time in the car by sharing desert island playlists and embarrassing stories strengthens the chemistry between artists.  Audiences take note of an ensemble that really understands how to work with and support one another.  Our cast's ability to do just that keeps entire gymnasiums engaged in our shows and tuned into our message. 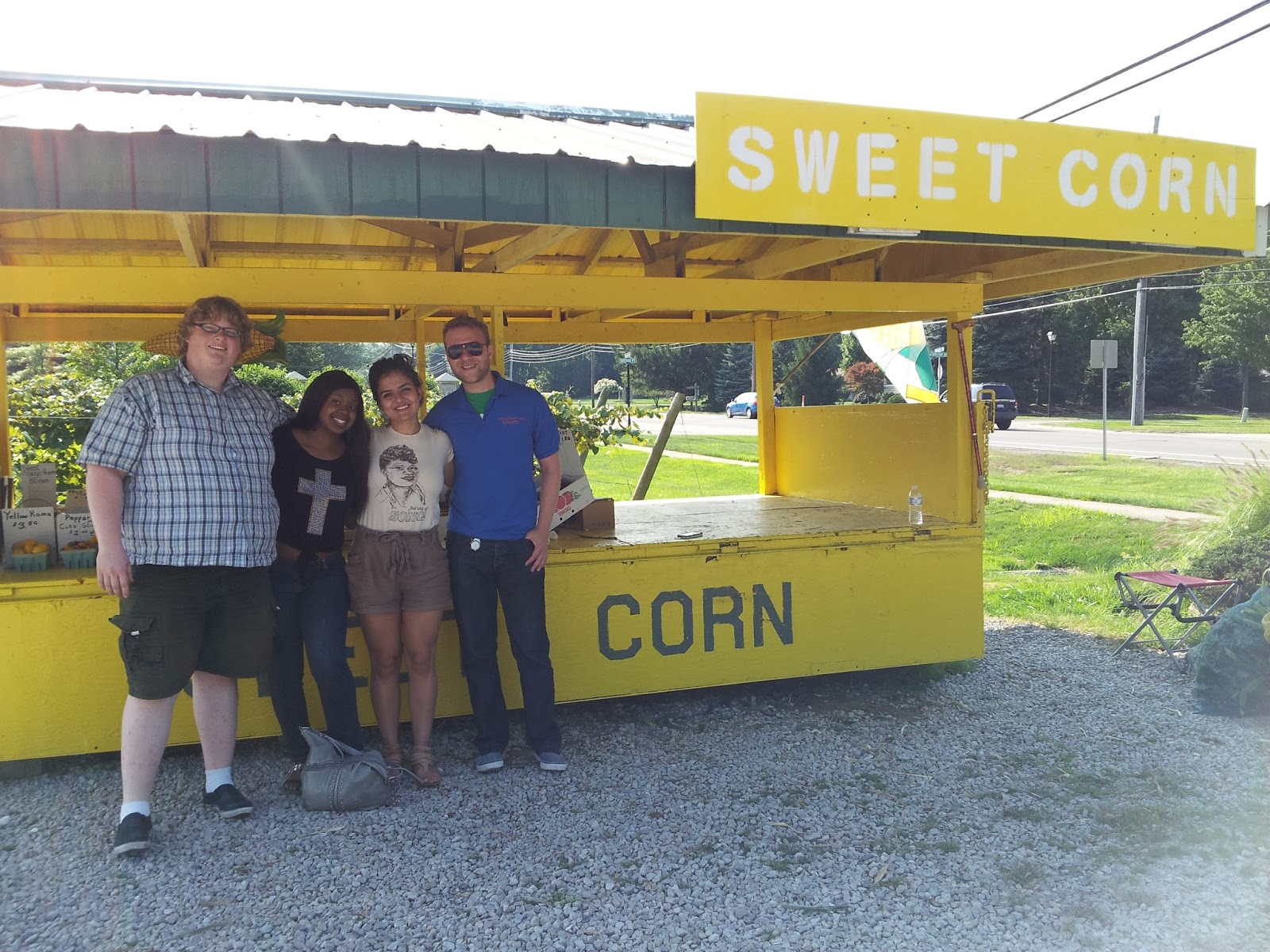 A quick stop on the way to Case Western Reserve University in Cleveland. 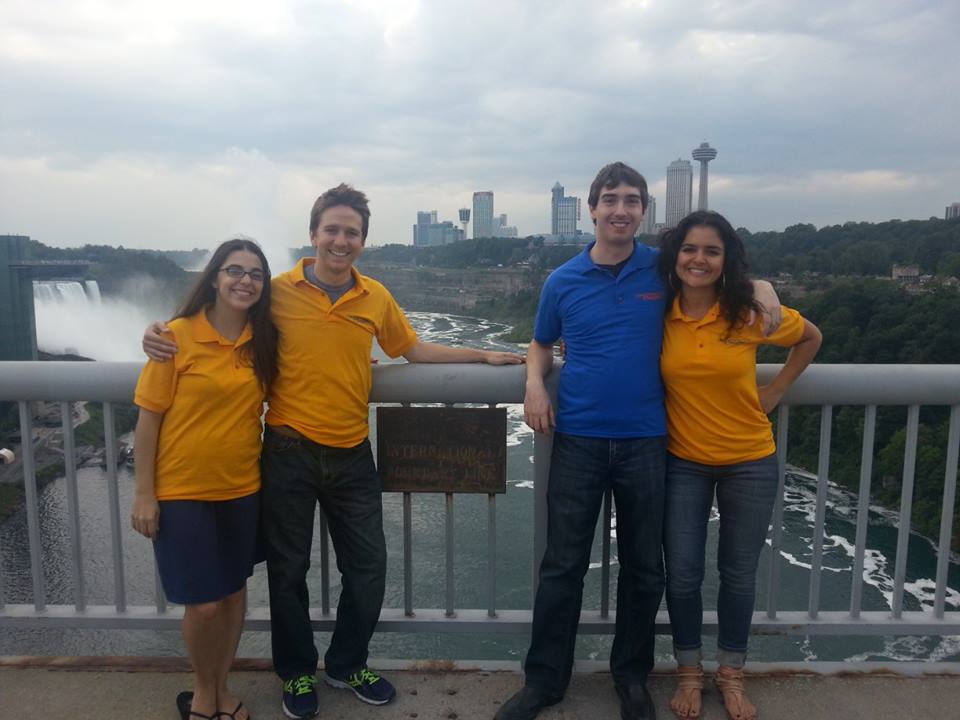 We look forward to many more weeks on the road during the 2013/14 season!

Posted by Imaginationthtr at 9:06 AM No comments:

When first year students transition into college life, Imagination Theater is there to meet them, celebrate their excitement, and ease their anxiety.

College 101 kicks off our season every year.  This participatory program runs the gauntlet of topics from new roommates to sexual assault.  We conclude performances with a fully improvised scene that addresses students' specific concerns.  The show gets audience members laughing over their shared fears and exchanging ideas about how to handle difficult situations. 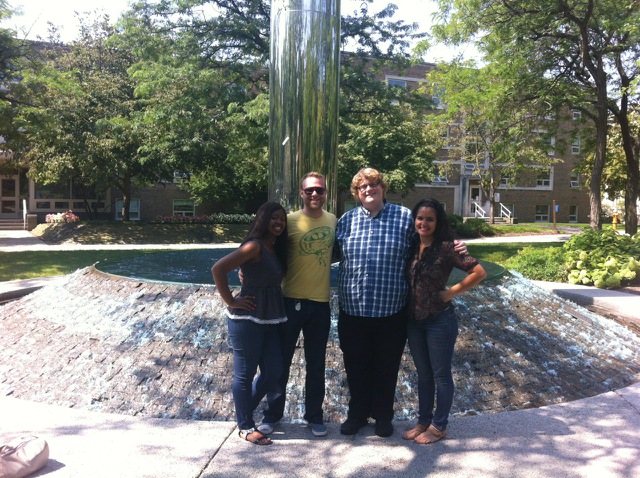 College 101 is a tremendous introduction to college life.  Imagination Theater is grateful that such a dynamic performance kicks off our season in cities all over the country!

As always, you can find more information about Imagination Theater at www.imaginationtheater.org.

Posted by Imaginationthtr at 8:00 AM No comments:

As summer winds down, the number of perfect camping nights dwindles ever closer to a snow covered zero.  This past weekend I took advantage of the absolutely perfect late summer nights we've been having and pitched a tent at Starved Rock State Park.

The Illinois River rushing past dramatic sandstone bluffs stands among the prettiest views in the state.  At times, however, the view along the popular path was less awe inspiring. When I saw the myriad water bottles discarded along the trail, I couldn't help recalling Imagination Theater's Go Green.

In one scene, two friends are on a nature hike when one of them drops an empty water bottle along the trail.  A brief conversation follows about littering, but the actor who dropped the bottle defends the choice by pointing to all the other bottles and asking, "What difference does it make?"

This is when we freeze the scene and ask the audience the same question.  K-5 students are quick to point out that "just because other people do it, doesn't make it right," and that "littering hurts the plants and animals." Litter diminishes the beauty of nature and reduces its perceived value.  Our audiences understand that being an "anti-litter bug" is just one way to respect each other, and protect the planet.

At every performance of Go Green, a volunteer comes on stage to explain to our actors why they shouldn't litter, and encourage them to pick up their trash.  Many volunteers have motivated our actors to pick up other trash as well (with gloves and parental supervision, of course.) 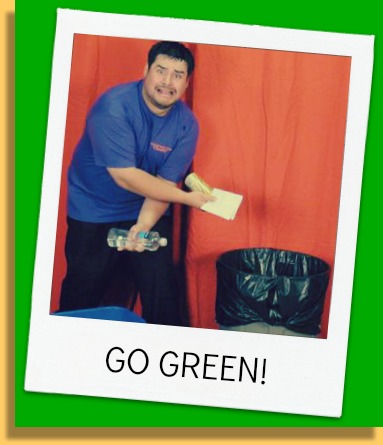 This weekend, as I often am, I was inspired by our audiences.  At the end of my hike I emptied a backpack full of litter into the recycling bins by the trail head.  The passion of our audience volunteers persists well after the show.

As always, you can learn more about Imagination Theater programs, including Go Green, at www.imaginationtheater.org.

Posted by Imaginationthtr at 10:41 AM No comments:

An ensemble is like a family; therefore, when Imagination Theater welcomes three new actors into our ensemble, it is something to celebrate! 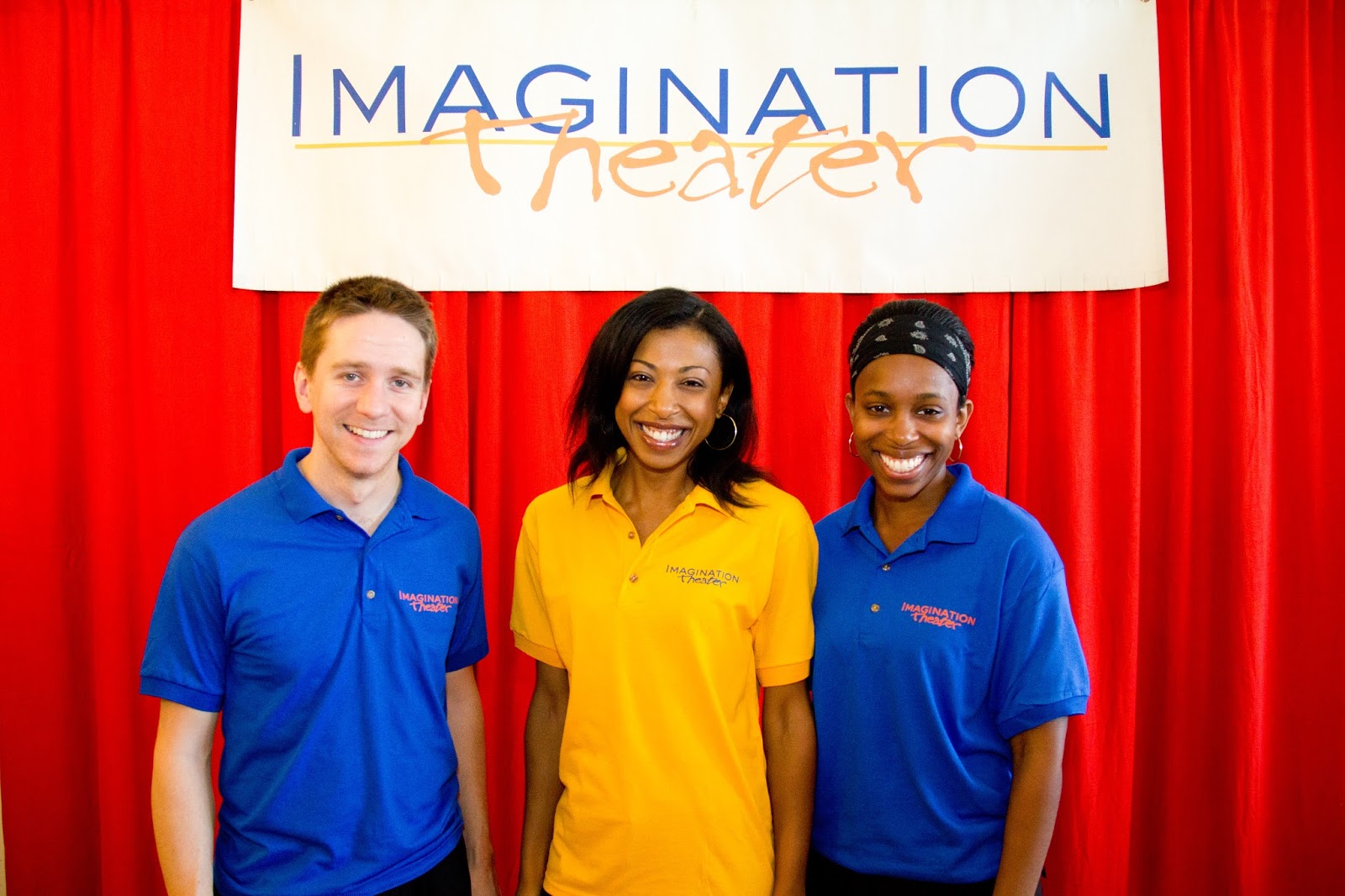 We spent the last month introducing them to our signature style of theater.  They have picked up beautifully!  It is a pleasure to watch them take on scenes from Ease the Tease and Show Some Respect!  Their personalities and experience breathe fresh life into popular scenes.  We can't wait to get them in front of audiences!

As always, if you would like information about Imagination Theater's interactive programs, you can visit us at www.imaginationtheater.org.

Posted by Imaginationthtr at 3:42 PM No comments: