Imagination Theater was happy to receive this write up in the November issue of JCCC News Chicago.  It's a great write up on the Ease the Tease performances and workshops that the Japanese Chamber of Commerce and Industry of Chicago funded at Pulaski International Charter School. 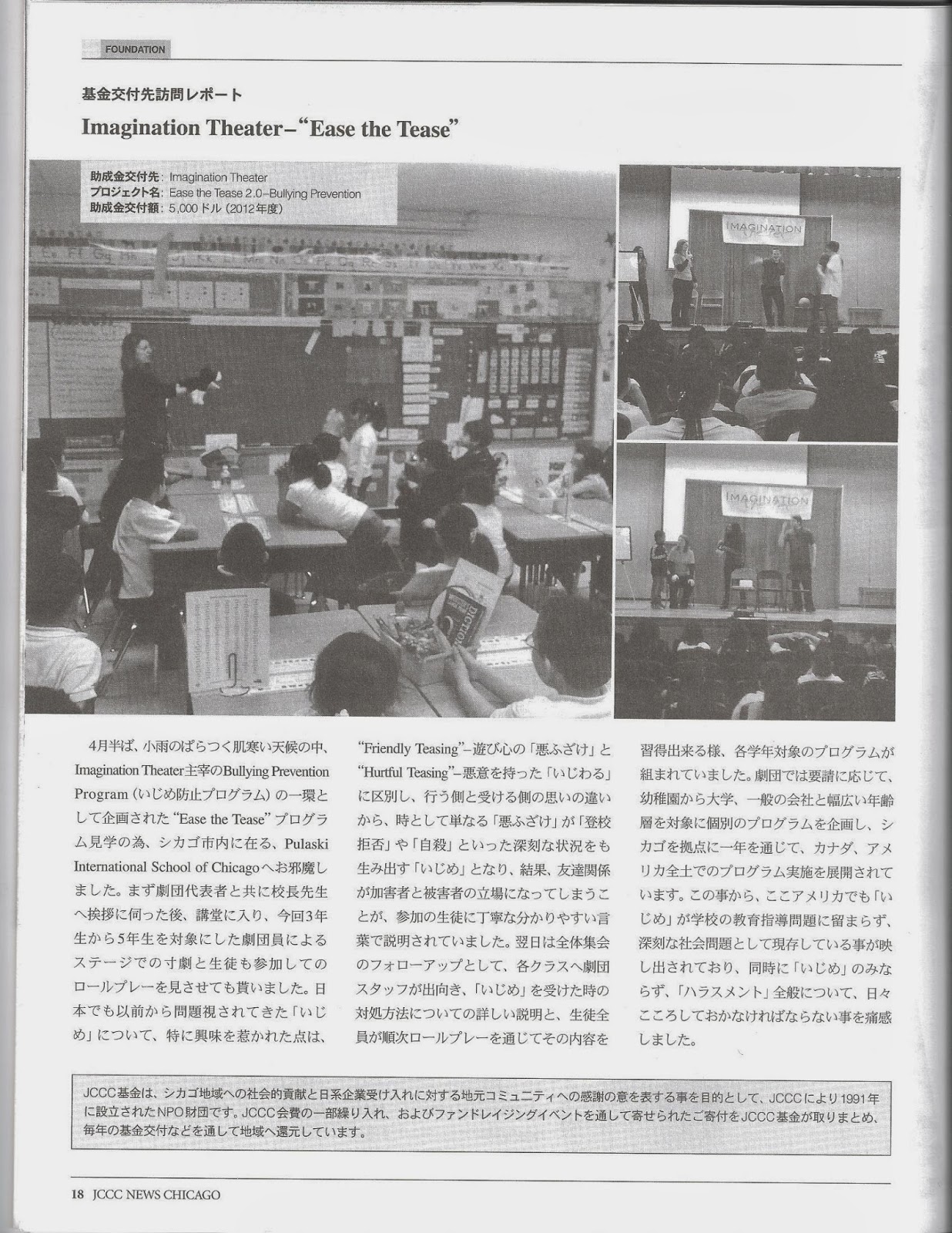 We just received the English translation:

Grant Recipient Visit Report
Imagination Theater – “Ease the Tease”
Grant Recipient: Imagination Theater
Project Name: Ease the Tease 2.0 – Bullying Prevention
Grant Amount: $5,000 (Year 2012)
In mid-April, amid chilly weather and scattered rain, we paid a visit to Pulaski International School of Chicago in the city to watch “Ease the Tease,” part of the Bullying Prevention Program supervised by Imagination Theater (IT).  After being greeted by the school principal and a representative of the IT company, we entered the auditorium.  There, IT members performed skits for third through fifth graders, while also having students participate in role play activities. Of particular interest was the fact that bullying, long regarded as a problem in Japan, was divided in the program into playful “Friendly Teasing” and malicious “Hurtful Teasing.”  “Hurtful Teasing,” which differs depending upon the feelings of the perpetrator and the recipient, has led to serious cases of bullying involving both truancy and suicide.  This results in friendly relationships turning into ones of assailants and victims, as was explained to the participating students for their understanding.  This program was followed the next day with a general assembly in which individual members of IT were assigned to each class.  Each member explained to the students different ways of dealing with bullying, and then allowed them opportunities to take turns participating in further role play to practice these skills.  IT creates individual programs on request for a wide range of age groups, from kindergarten to college, and even for adults.   Based in Chicago, they conduct programs throughout the year all across the U.S. and Canada.  Here in the U.S., bullying is not only a problem for education in schools, but is a serious social problem.   We keenly felt that not only bullying but general harassment should be kept in mind every day.

We were thrilled to work with JCCC and extremely appreciative of their collaboration!

As always, you can learn more about Imagination Theater www.imaginationtheater.org

Posted by Imaginationthtr at 7:46 AM No comments:

2014 kicks of with a dangerous, citywide chill.  Our office staff is working remotely and our actors and audiences are staying at home where it's safe and warm.

From the safety of our remote offices, however, there is a lot of excitement about 2014 and the many projects we are implementing this year.


Our Ease the Tease picture and story contest has officially begun!  Everyone in the office is super excited to see the submissions!  We have no doubt the creativity and honesty of our audience members will blow us away!

At the top of the 2013-14 season we started providing schools with an incredible activity book to compliment performances of Ease the Tease.  Right now, the office is busy assembling similar, albeit thinner, activity books for Show Some Respect, Take A Stand, Making Healthy Choices, and Go Green!

Thankfully, we can do all this remotely, without braving the cold.  If you have to be on the road today, please bundle up, be careful, and stay warm. 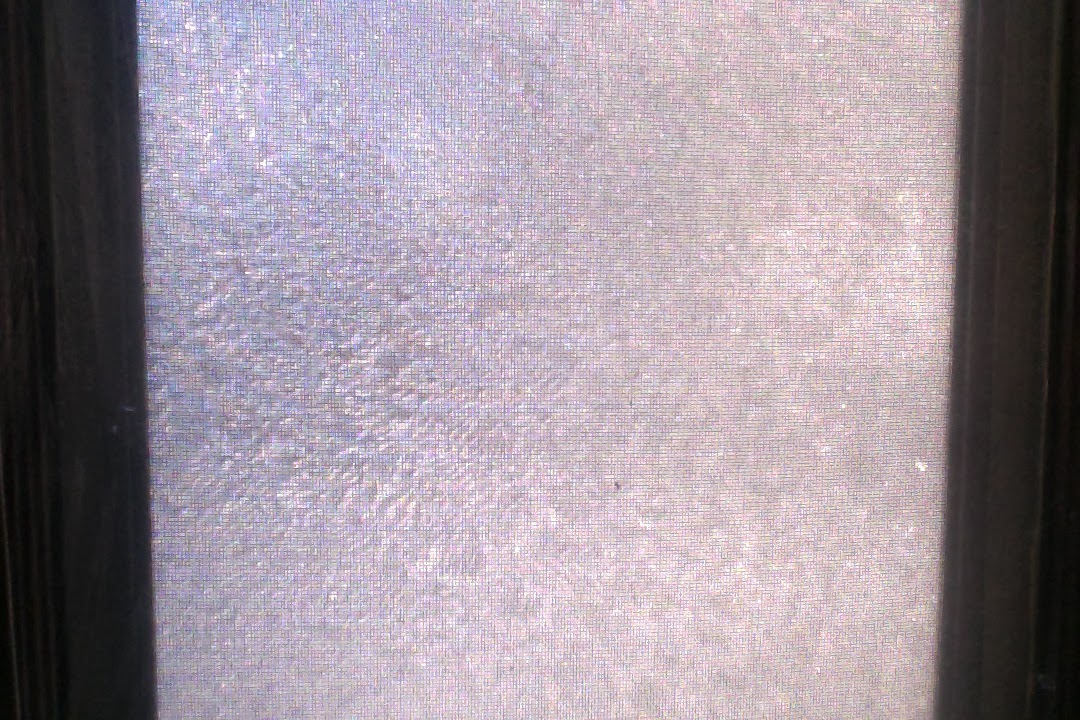 The view from a home office window.

Posted by Imaginationthtr at 7:36 AM No comments: